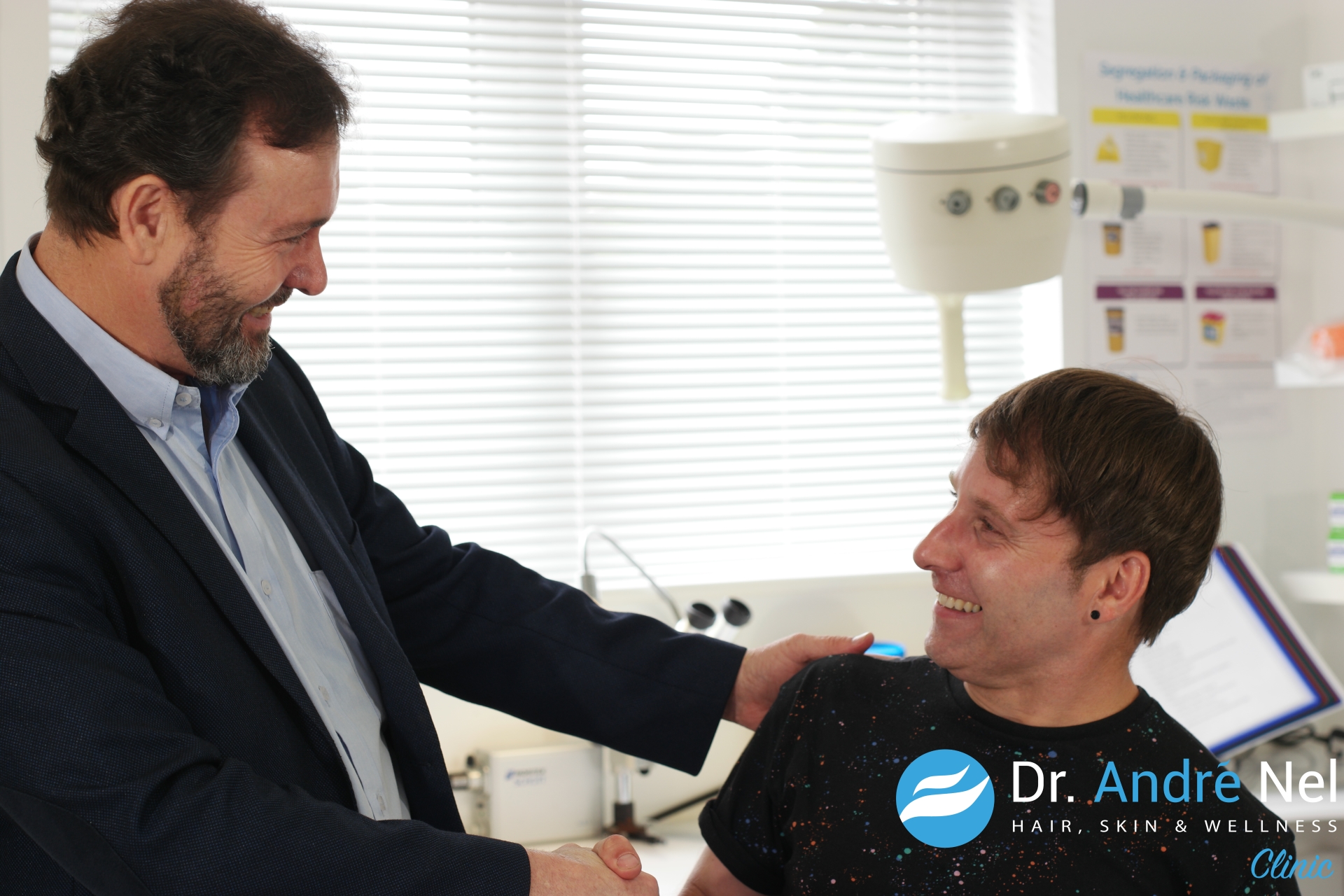 Tim O’Connell approached The Hair, Skin & Wellness Clinic at a stage when he felt that his hair loss was affecting his confidence. He had become more hesitant and reserved in social interactions, compared to when he was younger. After shaving his head bald he didn’t feel that it suited him. The hair loss was also having an impact in his work environment as an actor.  He also thought that his hair loss was making him look much older than he actually was. He decided to contact Dr. André Nel at The Hair, Skin & Wellness Clinic to find out what options were available to him in order to restore his hair to the level that he wanted. 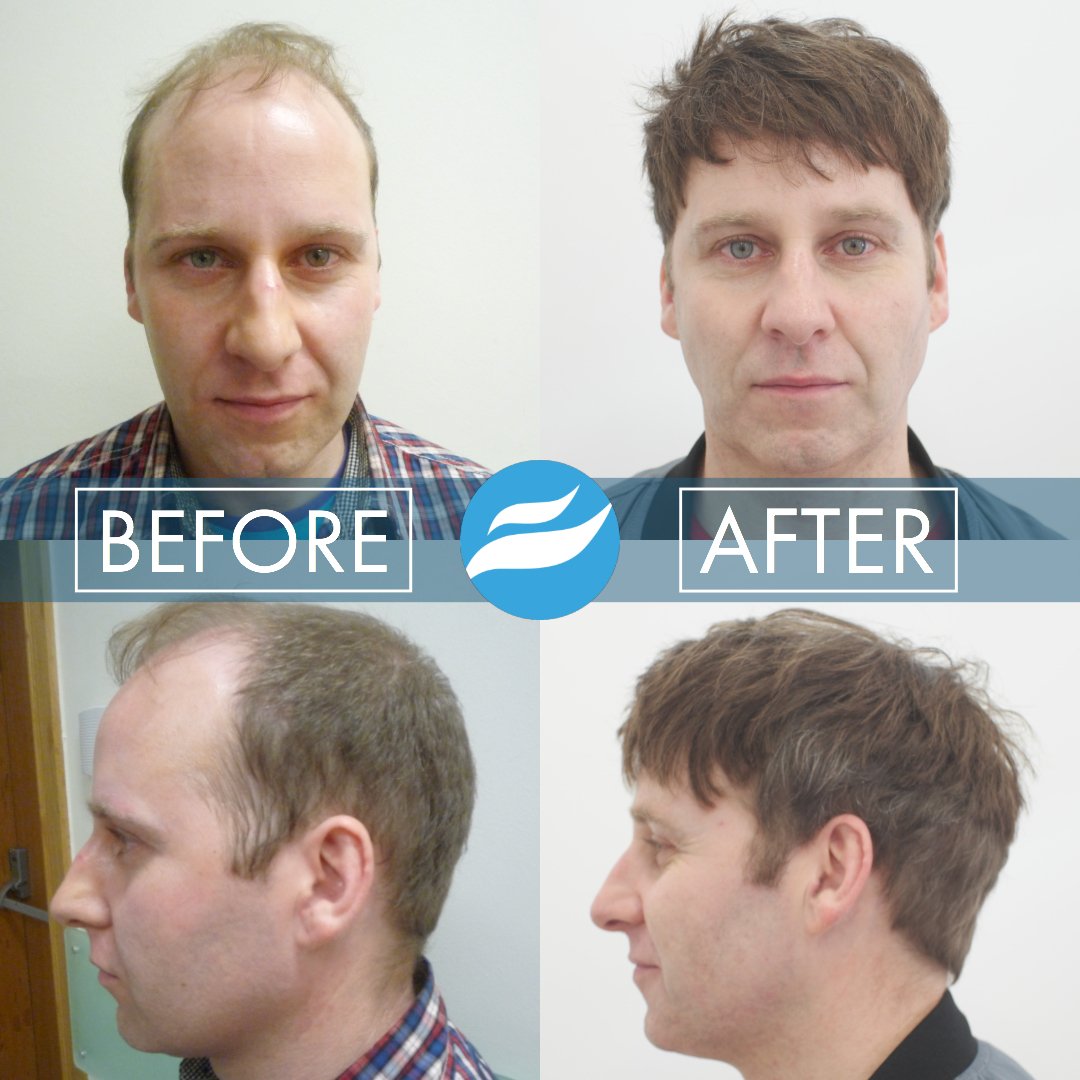 Tim searched the internet exploring various treatment options, most of which pointed to a hair transplant procedure. Tim’s primary concerns with choosing the right clinic for such a procedure were the clinics reputation, the surgeon, the location and the cost. Tim had strongly considered getting the procedure done abroad due to cost but felt that too much risk was involved. Tim read multiple reviews online and decided to visit The Hair, Skin and Wellness Clinic for a consultation with Dr. Andre Nel.

“At the time, Tim was in his late thirties and was concerned about his hair loss. For Tim, hair loss was lowering his confidence and he found it hard to see past the fact that he was going bald. He wanted to know more about hair restoration surgery and the options available to him. The extent of his hair loss (Type V on the Norwood-Hamilton scale) and hair characteristics (having a thin calibre hair shaft) made me realize it would be challenging to restore a full head of hair. Fortunately, Tim had realistic expectations and was happy for us to first restore his hairline and frontal zone with the understanding that we would address the crown area in some way or another at a later stage. In hair restoration the primary objective is to frame the face and restore its aspect ratio in patients who have lost their hairline and frontal zone hair. We do transplant the crown but only if the patient already has good hair cover in the front along with a good donor area.”

“We performed a FUT/FUE combination harvest of 3500 grafts to transplant into the hairline, frontal zone and mid-scalp areas. The harvesting was spread between FUT 1500 grafts, FUE 1500 grafts and FUE harvest from the beard area below the jaw line. This was done to yield the required number of follicle units but also to protect his donor area via a distributed harvest from three different areas. He followed my standard medical and mesotherapy protocol by taking Finasteride orally, applying Minoxidil topically, washing his hair with Ketoconazole shampoo and using a derma roller. The transplanted follicles responded greatly and we were able frame his face again.”

“Later we performed Scalp Micro-Pigmentation (SMP) on the frontal, mid-scalp and crown areas. This reduces the reflection of light and creates an increased illusion of hair density.”

Learn more about Tim O’Connell’s experience during and after the procedure here.

“We went with the CNC system from CRLAB for the crown and mid-scalp area for several reasons. Firstly, the crown would be restored, achieving full cover with natural looking hair that blends in perfectly with his own. It would provide additional cover for the mid-scalp with hair projecting forward. Most of the hair shafts would also blend into the frontal zone and strengthen that area further. His transplanted frontal zone and hairline would provide a perfectly natural frontal aspect that blends in seamlessly with the CNC system from the back. Furthermore, we did not have to deplete his donor area any further to harvest more grafts. By combining the CNC system with the hair transplant and scalp micro-pigmentation (SMP), it provided Tim with a complete solution for getting a full head of hair and a completely natural look.” 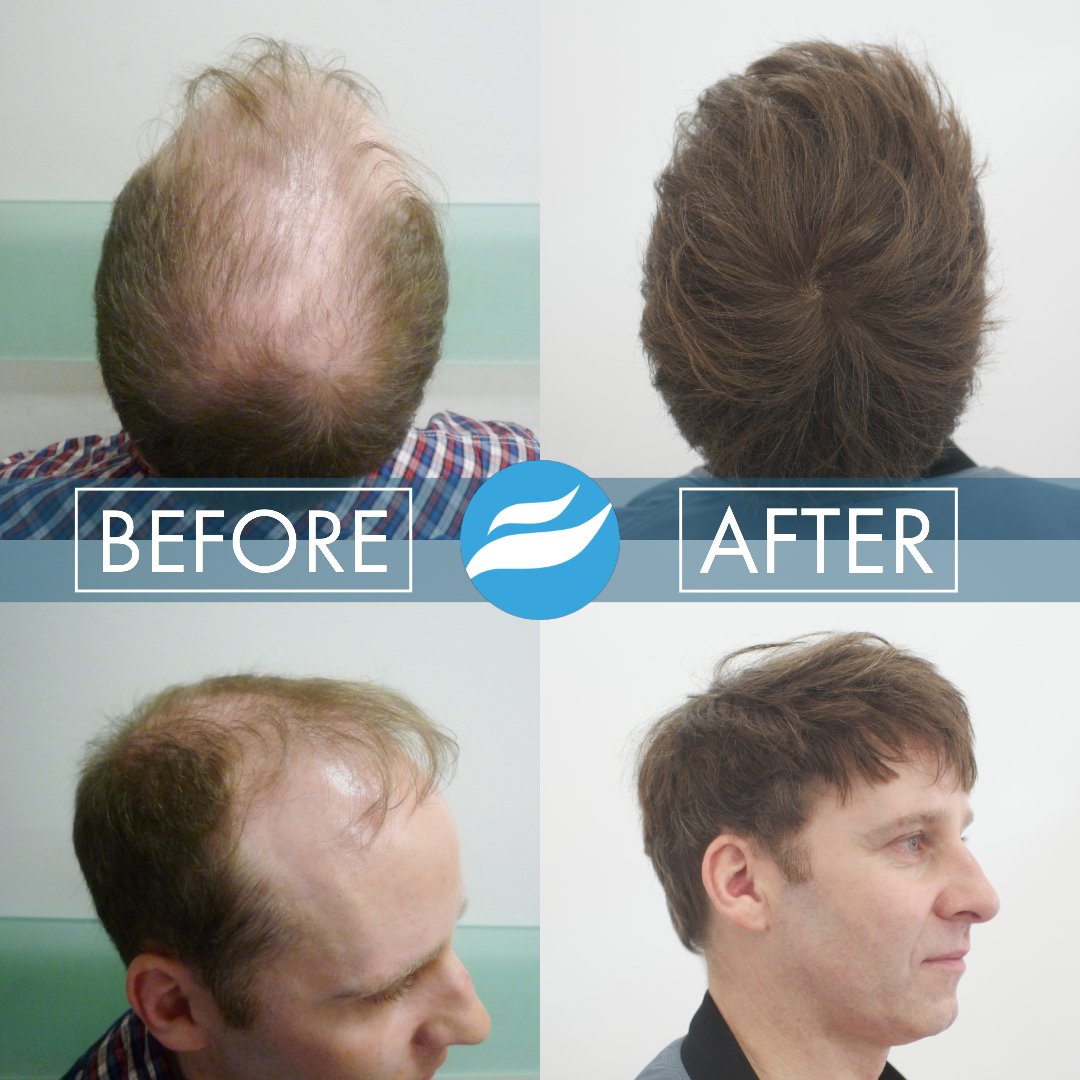 “The final result is absolutely amazing. In the comparative ‘Before and After’ pictures you will notice that Tim looks much younger now compared to that of his original pictures, even though he is now 8 years older! By combining the CNC system with the hair transplant and Scalp Micro-Pigmentation (SMP) it gave Tim a complete solution for obtaining a full head of hair and completely natural look! This transformation has opened the door for Tim and put the spring back in his step. It has also made him more aware of taking care of other aspects of his health, including his diet, exercise and skin care, all of which contributed to his new look, and more importantly to a new outlook on life.” 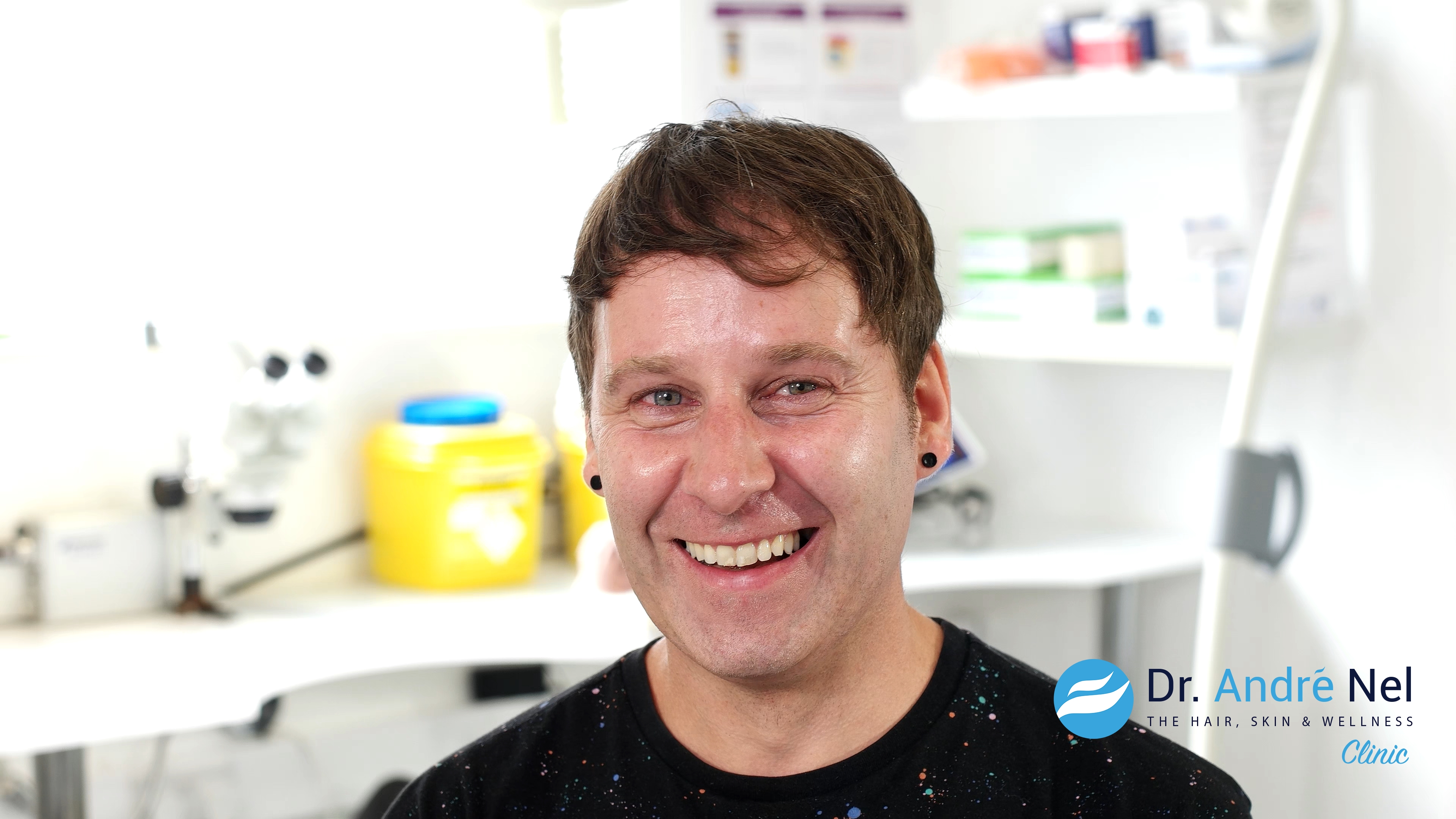 If you have a concern about hair loss and would like to learn more about what treatment options are available to you, contact The Hair, Skin & Wellness Clinic today.

News article about Dr. André Nel at The Hair, Skin & Wellness Clinic, published in The Phoenix Magazine on the 2nd of November 2018. 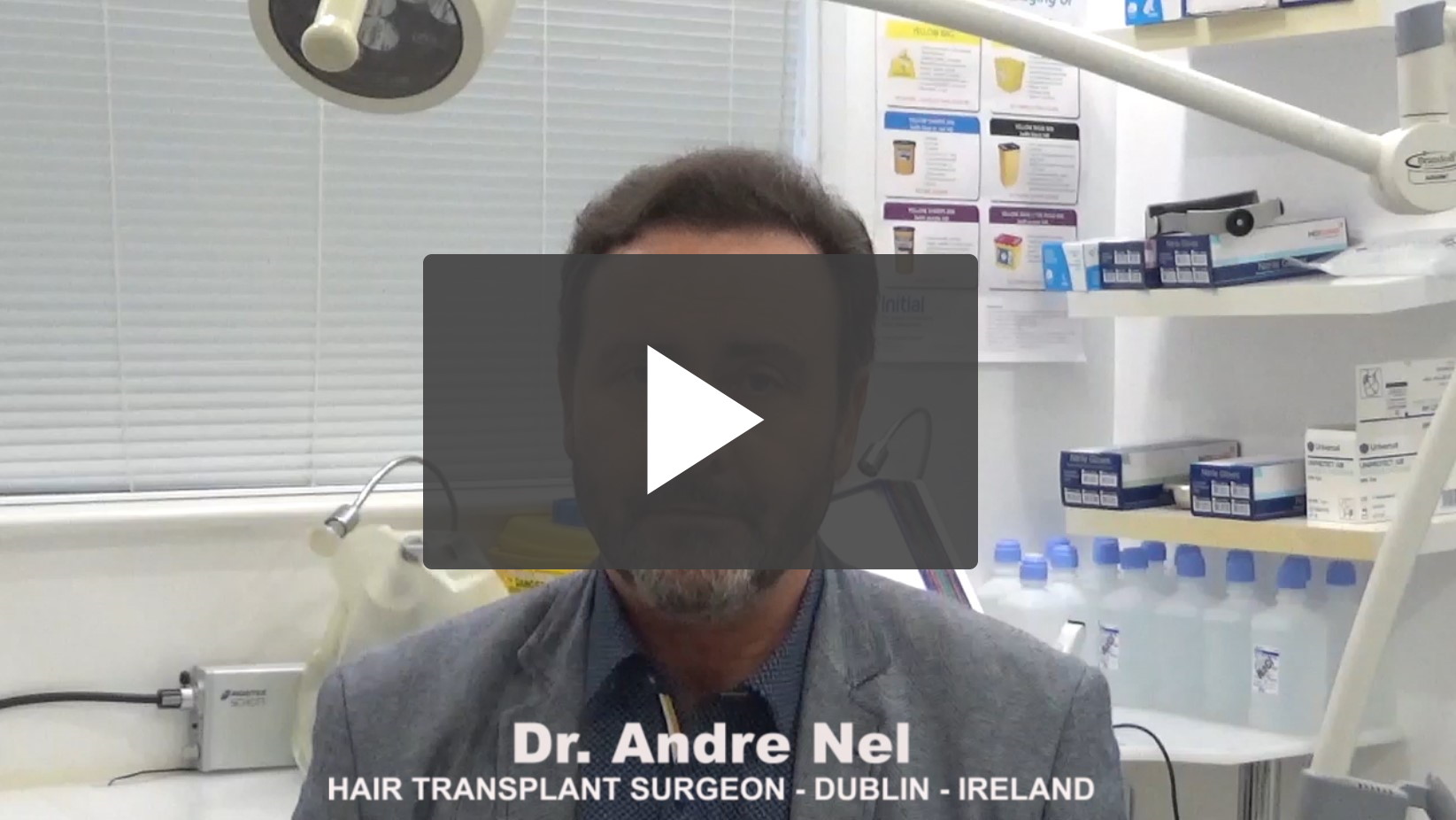 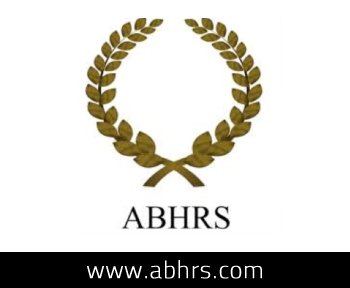 Please rest assured that we are taking all necessary precautions relating to the COVID-19 situation.


Dr. Nel & all our staff are healthy & well.
We follow all required protocols & access to our new premises is limited & controlled ensuring no people who have potentially been exposed to COVID-19 gain access to the premises.


×
We use cookies to ensure that we give you the best experience on our website. If you continue to use this site we will assume that you are happy with it.I agreeCookies Policy